Qsales v13 is now in beta, and it's a game changer for QuickBooks users

Since we acquired Qsales from Effective Solutions in May, we had a vision for the product that would both improve the integration between Act! and QuickBooks, while reducing costs. After several months of extensive development, we're pleased to report the new Qsales v13 has fulfilled that vision, and has just entered the first stage of beta testing.

So much about this new version of Qsales is different. Here are some fast facts... 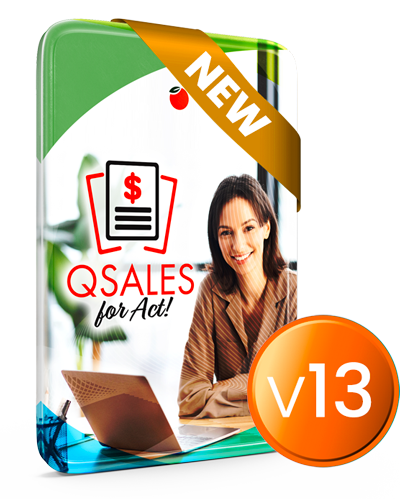 No need to install QuickBooks everywhere

Traditionally QSales connected to QuickBooks locally on each workstation, requiring a license of QuickBooks for each user that wanted all the Qsales integration features like creating and editing transactions. Our new version approaches things differently. This new Act plugin connects to the QuickBooks data through our new "QSales Web API Address", which allows all Act users to share the same Quickbooks connection, meaning QuickBooks no longer needs to be installed or opened on the end-users workstations. 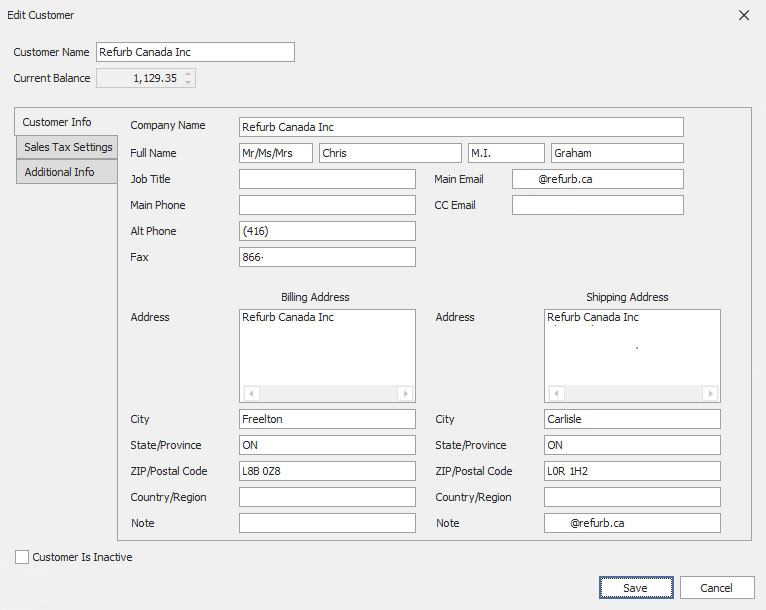 The advantage of this approach is simple - only one Quickbooks license is needed for all Act! users to enjoy full-functioning QuickBooks integration inside of Act!. This can mean thousands of dollars in saved QuickBooks licensing annually while limiting direct QuickBooks access to only the users who require advanced QB functions. The result is improved security and decreased costs for your team.

Make QuickBooks changes from inside Act!
With Qsale v13,  basic customer information can now be edited from within Act (see image above - click to enlarge), as well as transactional data. For instance, Act users with Qsales v13 can create & edit invoices, sales receipts, and other transactions right from within Act! (see image below - click to enlarge). We also added support for linking transaction data at the company level in Act!, as well, allowing users to more intuitively find transaction details for the company, and not just the primary contact of that company - which we all know can change over time. 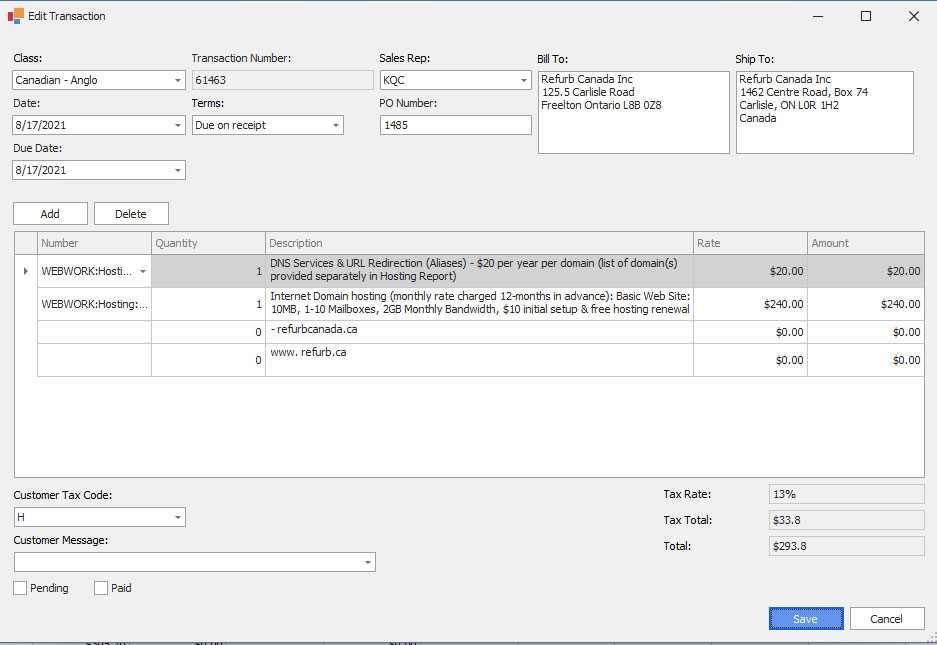 Qsales v13 also adds a separate custom table for the line items inside a transaction (see image directly above - click to enlarge). Whether these be services or products, having a dedicated custom table for these entities will improve performance and search speed. As past versions of Qsales stored this line item data inside memo fields, existing users looking to upgrade to Qsales v13 will need to upgrade all machines to v13, and update their version of Qsync since the older data is formatted differently and is incompatible with v13.

The nightly QSync service has also been updated to use the new QSales API, which fixes a lot of QB connection issues with the previous sync service. With the addition of the API, and refactoring of the sync code to a single code base, QSales and QSync should now more reliably check for existing transaction records and update as needed, rather than creating duplicates.

Act! v24 (64-bit compatibility)
With the QuickBooks SDK being 32-bit, integration with Act! v24 would be challenging. To get around this problem, we created a 64-bit Qsales API. The QsaIes API works as a shim, allowing the 64-bit Act! plugin to work with the Qsales API, which in turn works with the 32-bit SDK of QB.

To achieve these changes, we had to rewrite over 80% of the program code, which was quite an undertaking, but it's been worth it. The new Qsales v13 has been deployed in our production environment of 30+ Act! users and 10+ QuickBooks users for over two weeks and the performance and feature improvements have been noticed by everybody on the team. This week we're expanding our beta testing to a select group of external QuickBooks consultants and we hope to get their feedback in the coming weeks, with an eye to releasing this upgrade in late October or early November (based on beta results).

Stay tuned for more updates on this exciting new release of Qsales.